Why the Cloud is THE key technology enabler for Digital Transformation

You Should Move Compute To AWS EC2 Spot Instances 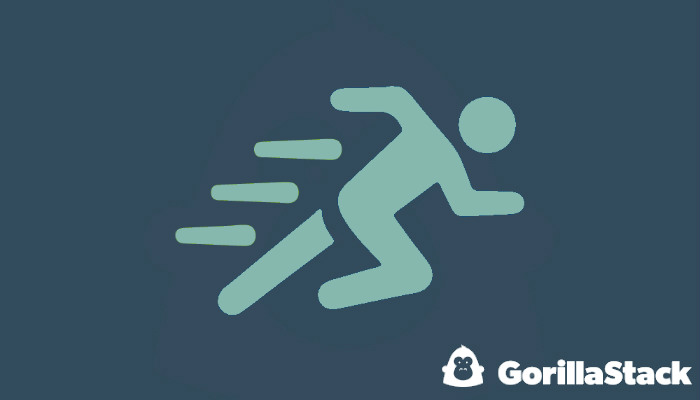 The world is going through a digital transformation as everything — customers and equipment alike — becomes connected.

Leading Digital Transformation has therefore become an imperative for organizations. They must succeed in creating transformation through technology, or they’ll face being marginalized (best case) or extinction (worst case) at the hands of competitors.

The problem is that our skills and organizations are all too often lagging behind. While there is generally a consensus on the importance of adopting digital technology, most employees find the process complex and painfully slow. I’ve worked with too many teams who say informally that their leaders lack urgency and fail to grasp or share a vision for how technology can change the business.

We need to reinvent our technology organizations to meet this challenge. Technology-enabled initiatives fundamentally change how the company operates – customer engagement, internal operations and even business models.

Doing this represents the most exciting time for leaders and organizational innovation. It’s not about propping up businesses in structural decline. Instead it’s about pro-actively grasping the opportunities ahead of you.

The Cloud is THE key technology enabler for grasping this.

For me the Cloud isn’t as much of a technical shift as it is an ideological, philosophical and economic shift that has reimagined how we consume technology resources. It is already an essential part of the modern ecosystem. Hardly any new product or offering is untouched.

1. The Need For Speed

The Cloud is crucial for unlocking one of the major sources of differentiation for true breakthrough innovators – speed. Fast innovators have long demonstrated that shortening innovation and product development cycles and reducing time to market can be a powerful source of competitive advantage.

And yet, according to research from ?WhatIf! , most companies still take a year to prototype an idea:

We addressed this in my time at Trinity Mirror, the UK’s largest newspaper group. During the period I was there (2011-14), we moved from an in-house content management system (CMS) to a third-party solution, and from a traditional hosting provider to Cloud hosting.

The goal for us was to be as agile as possible, so we could deliver new code as frequently as possible and measure the effect of that.

Like most traditional businesses we were dealing with legacy systems typically conceived in a before-cloud more traditional IT world.

“To add servers to the estate required raising CapEx paperwork which would take some time to be signed off. An order would be raised and there would be lead times on delivery of the kit. Typically, the above process would take three months from start to finish. If we needed to purchase a cabinet to host the hardware, it took even longer.”

Amazon Web Services (AWS) was selected as our preferred hosting provider. There was nothing at the time that could compete with AWS from a cost point of view, and their self-service tools for creating instances were way ahead of what other providers in the market were offering. Another big attraction back then was being able to use MySQL RDS across multiple zones so we also had data center resilience.

The outcome was a very rapid acceleration of our time to market for new products, and a business that went from back of the pack, to out-performing the key peer group in terms of audience and revenue growth.

And it’s far from just Trinity Mirror. According to a Harvey Nash survey from last year, over half (56 per cent) of CIOs believe the most important component of successful digital activity is having an IT infrastructure that allows greater innovation / agility:

“CIOs are telling us that speed is a top priority. Digital innovation is actively causing disruption to business models and IT leaders are moving swiftly to deliver new infrastructure, platforms and applications to meet fast-changing customer needs.”

Lean R&D processes, enabled by the Cloud, also have a major effect on speed. Because the time between product design and product release is shorter, executives are typically more willing to green-light products that would otherwise be denied, or at least experiment and learn without needing to ‘bet the farm’ in the first instance.

Culturally this is important too. One of the most difficult organizational shifts is moving from a traditional waterfall approach to idea development, in which stopping a project is seen as failure, to an agile approach that sets multiple ideas racing and quickly kills off the ones that fail to show potential. If it works you scale it, if it doesn’t you kill it.

Companies that make this change also become good at taking in ideas from all kinds of sources, including internal skunk-works or idea labs, partners, crowd-sourcing, and academic partnerships.

2. The IT Operating Model

In most companies, technology used to live in its own silo – the IT department. I sigh when I hear those words. It conjures up outdated images of teams in white coats, leaping into action if a printer isn’t working.

If you want your company to deliver superior growth then IT must evolve from living within a functional silo to a foundation for breakthrough innovation in products, services, and business models.

As much as possible technical talent needs to be integrated into business units and innovation teams. In other words front and center in any forward-looking operating model.

We did this in my time at Trinity Mirror. When I first joined the Digital IT team were part of the Group IT and numbered around twenty. This included developers, testers, app support, sys admin.

We changed the operating model so that the Engineering team (which has subsequently grown to seventy strong), was no longer part of the Group IT team and instead had the same reporting line as the Product team into myself. As a result they were much more closely aligned to the Product team and effectively worked together as one team to deliver web and mobile products.

3. The Rise of Microservices

It’s not purely the public Cloud platforms themselves. Cloud-based technologies such as Docker have re-defined how applications are built and deployed.

Architecting and developing solutions as a bundle of microservices (which own both data and functionality) accommodate innovative solutions at a much faster pace than monolithic applications, which used to have several dependencies.

Microservices are much easier to update individually and on an iterative basis, rather than trying to upgrade the entire thing at once. The more that companies can break up core services up architecturally, the more they can start to release code that doesn’t have any dependencies across other product streams.

Couple this with a DevOps approach – increasingly with the help of automation to solve pain points (part of our longer term vision at GorillaStack) – you can simultaneously increase quality, the rate of innovation and then pick up other things, such as better consistency in your products.

Software can and should be created in a more collaborative way with developers and operations working in small teams to test and release updates and new products at a faster rate than ever before, using automation and monitoring tools.

4. The Importance Of Leadership

Too many CEOs and Boards lack the domain experience and therefore context, to really understand this. And just because someone has ‘Digital’ in the their job title (I’m especially looking at you Chief Digital Officers), doesn’t mean they automatically have the required Technology credentials.

If, like me, you’ve worked in particularly challenging operating environments I expect you to be nodding inwardly at this point. It’s not good enough.

Truly transformative change must either be driven from, or receive unwavering proactive support, from the top. Senior leaders need to be actively involved in fundamental decisions about the business purpose of moving to the Cloud (beyond cost savings and flexibility) and the cultural barriers and root causes that might stand in the way of success.

Without this commitment, legacy approaches to capital allocation, HR processes, and portfolio management will doom an agile approach. That’s why business leaders – and not just IT – must be accountable.

It’s also incumbent on CIOs and CTOs to step up to this challenge and provide leadership beyond the traditional parameters of their role. If you’re frustrated by the emergence of ‘Chief Digital Officers’ then step up to the plate and get your thinking into play.

IT organizations everywhere need to become centers of value creation and growth, rather than just service or cost. I’d be fairly certain that the top talent in your team wants you to – just ask them if you’re unsure.

I agree that adopting these practices is far from easy – I know first hand that companies typically encounter a host of organizational and cultural. In start-ups, like GorillaStack where I’m working in now, the development team is very often at the heart of the business – so buy-in, sustained commitment, and collaboration come fairly naturally.

Organizations need to go beyond thinking that the Cloud means, in overly simplistic terms, cheaper and more flexible storage. The true power of the Cloud lays in the ability to transform the speed and pace to build and ship code.

When you get the growth you’re seeking, the focus then shifts to managing the headaches that arise as systems need to expand with increased demand. That’s often been a challenge for traditional IT architectures with limited scalability, long procurement cycles and, typically, costly upgrades. In contrast, the Cloud can offer almost unlimited scalability.

The more savvy business leaders are no longer debating whether to use the cloud, but how pervasively they will use it.